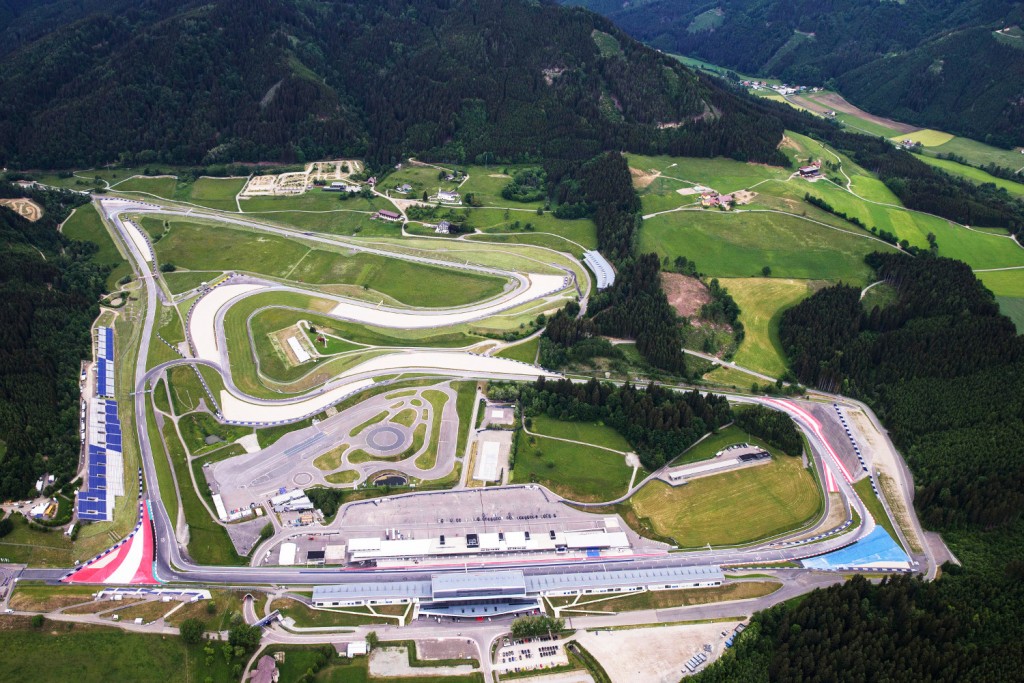 Last weekend, the Red Bull Ring played host to two comebacks at once. Austria is back on the MotoGP calendar. And KTM presented its MotoGP plan for 2017. The Red Bull Ring, formerly known as the Österreichring, was the perfect stage for both. 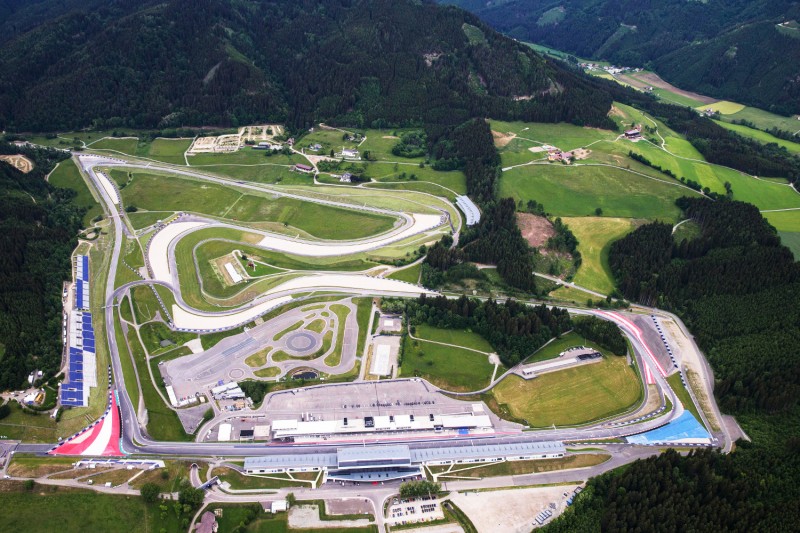 Austrian fans had to wait a long time for this day. Nineteen years, to be exact. The last time the world’s greatest motorcyclists appeared in this Alpine nation was in 1997. For years after that, Austria was nothing more than a big white spot on the MotoGP map. But now MotoGP is back – with a vengeance! With 215,000 fans making the pilgrimage to the Red Bull Ring, this was a motorsport festival like Austria hadn’t seen for a very long time.

When KTM then put its test riders Mika Kallio and Alex Hoffman on the track on for two demo laps with the brand new KTM RC16 on Sunday afternoon before the MotoGP race started, thus officially marking its return to the premier class of motorcycle racing, more than a few fans must have felt chills running down their spine. Austria is once again a fixture in the world of MotoGP racing. With its own Grand Prix, and with KTM – the brand that’s taking on Honda, Yamaha, Ducati, Suzuki and Aprilia in 2017. 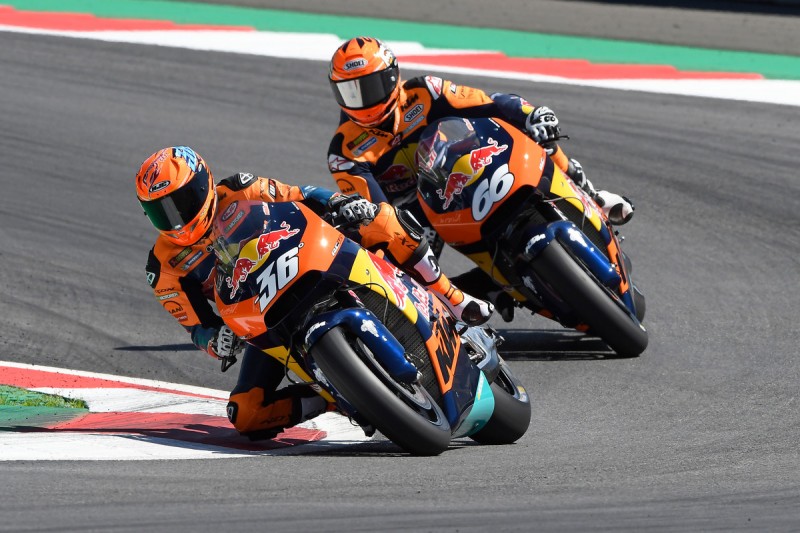 Red Bull Ring 2016: Riders, teams and fans will remember this three-day motorsport holiday in the hills of Austria’s Upper Styria region for a long time to come. Some of the 215,000 fans felt like they were back in the ‘70s, ‘80s and early ‘90s. Back then, the world’s best riders came to the Salzburgring to compete each year. Squeezed into the narrow canyons near Plainfeld-Koppl at the gates of Salzburg, Austria’s premier destination for arts and music festivals, the ultrafast track was itself the stage for countless unforgettable racing performances. It was there, at the Salzburgring, that the Austrian Motorcycle Grand Prix was born. But its history goes even further back.

The late 1960s. Austria has its very own Formula 1 hero in up-and-comer Jochen Rindt. All that’s missing is a Grand Prix. And the racetrack to go with it. The only Formula 1 event in Austria up to that point had not gone particularly well. At the Zeltweg Military Airfield in 1964, the streamlined racers had crashed left and right on the bumpy surfaces of the beat-up runways. After that, Formula 1 teams and drivers weren’t in any hurry to come back to Austria. But now, with folk hero Rindt on the rise, something had to happen. A country in which motorsport had so far been restricted to airport tracks and mountain circuits wanted to finally get its own permanent racetrack. And with it, a Formula 1 Grand Prix of its own.

It soon came down to a bitter duel between Zeltweg and Salzburg. Between Dr. Gustav Tiroch, president of the STMSC Knittelfeld motorsport club, who wanted a track at Zeltweg, and Willy Löwinger, president of the ÖASC, who sought to build Austria’s first permanent racetrack in Salzburg. There began an unseemly tussle over funding and hosting rights. When the dust settled, Zeltweg had gained the advantage. The track built there, dubbed the “Österreichring”, opened on July 27, 1969; the Salzburgring was ready eight weeks later. After having zero racetracks Austria now had two.

Top-tier motorcycle racing had been taking place throughout those same years on the Österreichring as well, although it was at least as tricky to ride on as the Salzburgring in terms of speed (high) and crash zones (minimal). Even Superbike riders made regular appearances. But in 1994, the same year in which the World Championship left the Salzburgring, the Superbikers also decided that the Österreichring was too dangerous. Now Austria’s motorcycle racing scene had a new problem: Two tracks, both out of date.

And once again, just like in the late ‘60s, the Österreichring had the advantage. The circuit was shortened from 5.9 to 4.3 kilometers, and the once fast Sebringkurve, Boschkurve and Rindkurve turns gave way to tight first- and second-gear corners. The former high-speed track’s transformation into a more modern stop-and-go course brought a name change with it: The Österreichring became the A1-ring, named after a mobile network operator. Motorcycle World Championship riders came back to Austria. But, as it turned out, only for a short time. After just two races, in 1996 and 1997, the glory days came to an end. It was not until Red Bull founder Dietrich Mateschitz, who had already bought the racetrack in 2003, had received government approval to update the track’s infrastructure (pits, stands, press center, etc.) and reopened the course in 2011 that Formula 1 came back to Upper Styria in 2014, followed this year by MotoGP.

And so, last weekend, Austria’s motorcycle racing fans experienced a MotoGP spectacle that they’d been waiting a long time to see. And when they come back to the Red Bull Ring next year, they’ll even have two KTM riders to cheer on in the MotoGP class.

Memories of the Österreichring

Peter Öttl, 80cc and 125cc World Championship rider, five Grand Prix wins, now team captain for SchedlGP Racing (Moto3)
“In 1986, I switched from Motocross to road racing. The first time I ever rode was on the Österreichring, on a test day. I had two big shocks on my first lap: No hay bales in front of the crash barriers – and then on the straightaway down into the second turn, another rider passed me with just inches to spare. I thought, man, this place is a nuthouse! Anyhow, I only made it about one kilometer further before my engine froze up, and I crashed and landed in the snow. My dad came and picked me and my busted motorcycle up in his Mitsubishi, and brought me back to the pit. We did the repairs right away. If I hadn’t gotten right back on, I probably would have given up on road racing. But a few weeks later, I won my first race, the German Championship run in Speyer. Thanks to that experience, the Österreichring will always be a special track for me.”

August “Gustl” Auinger, five Grand Prix wins in the 125cc class, now a youth coach for the Red Bull MotoGP Rookies Cup
“It was in the mid/late ‘70s. I didn’t have enough money for a cantilever suspension from the Swiss tuner Egli. So I took a picture of an Egli cantilever suspension and built my own. I was working as a machine fitter for the Austrian Federal Railways, so I had access to sheet metal. Then came my first few laps on the Österreichring with my homemade suspension: On the way into that fast second curve, I feel a bump, and the shock absorber breaks off. Thank God it happened at the start of the curve, so I slid a long way on the asphalt and didn’t hit the wall too hard. I gave what was left of my Morbidelli to this guy called “Schneckerl” [“Curly”] who was doing the Castrol racing service at the time, so he could weld it back together, and he really chewed me out. The sheet metal I had used was much too thin. That shock absorber was just bound to break. On the old Ring, with the faster curves, I could have ended up dead.”

Andreas Meklau, race winner at the 1993 Superbike World Championship at the Österreichring, now Race Director at the Red Bull Ring
“When we arrived at the racetrack one morning in 1993, there were cows standing on the start/finish straight. They had run away from some farmer. That doesn’t happen anymore these days. But rabbits and deer still make their way onto the track sometimes. Even though we have fences and a hunter watching out for them. In the past, we even had some deadly accidents when motorcycle racers ran into wild animals up on the Schönberg straightaway.”

33 Responses to The double MotoGP comeback