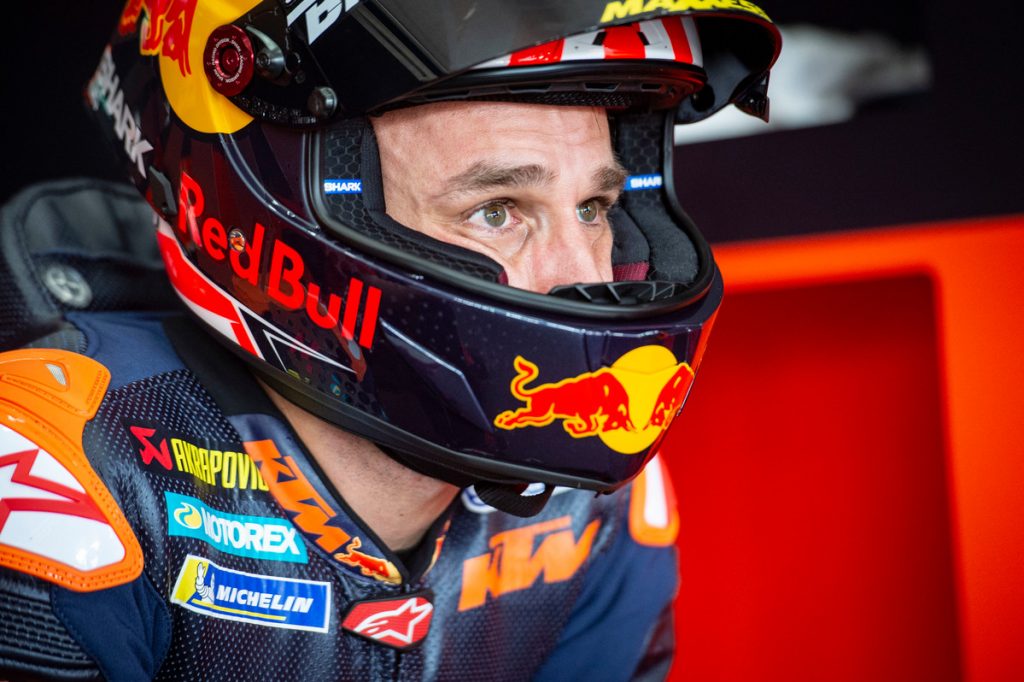 The mind of a champion? Talking head-games with Johann Zarco

At 28 years of age Red Bull KTM’s new factory MotoGPTM rider Johann Zarco is already a double world champion, holder of podium finishes in all classes of Grand Prix, a winner in two categories and the most successful Frenchman in the history of the sport. 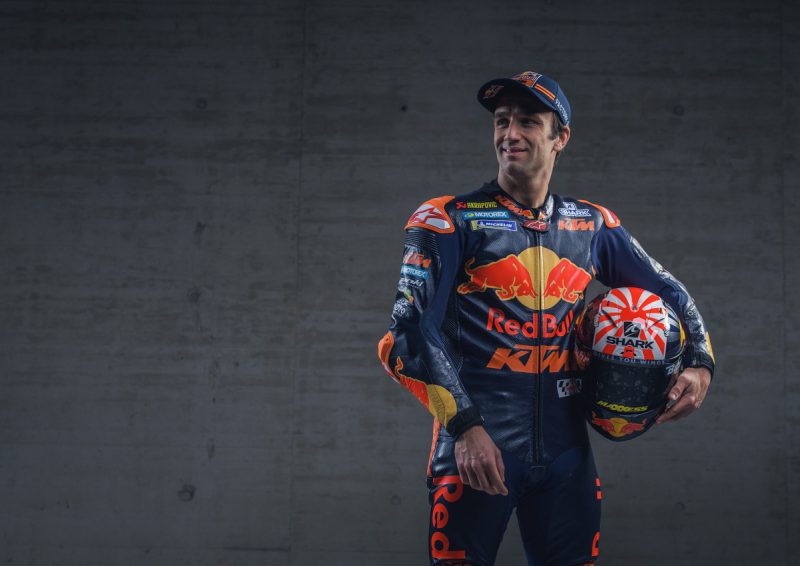 In 2019 however this quiet and calm athlete from Cannes will have the sensation of what it means to be a factory rider in MotoGPTM (for his third season in the top division of the FIM World Championship) for the very first time. Zarco has the KTM RC16 at his fingertips and development is expected to go hand-in-hand with a show of results as the manufacturer valiantly tries to regain decades of time, experience and expertise on the asphalt compared to their rivals. This increases the pressure on #5 by a few extra bars.

“The target and the dream to be champion remains the same; it can become even closer or true because there is the support of a factory team,” he explains. “So, life doesn’t change but the work and the way to think on the bike does a bit because I have to ‘grow up’ in my mind and accept that to develop things takes time and I cannot get everything very quickly.”

“You have to clear your mind of many things because you are always thinking and talking about details and you have to try and control as many of them as you can: if you have people to help you with that then it’s good,” he adds.

Johann is talking at the 2019 KTM MotoGPTM team presentation in Austria. He’s been in front of TV cameras and microphones for over half an hour and is sitting in the spacious City Hall in Mattighofen for his last appointment. Understandably he’s wearied of the questions about his new race bike, it’s characteristics, when he’ll be fast and what he expects from 2019 MotoGPTM; the first year of two on his contract. So, instead, we’re curious about how the very first Red Bull MotoGP Rookies Cup Champion (2007) gets his head in the game. 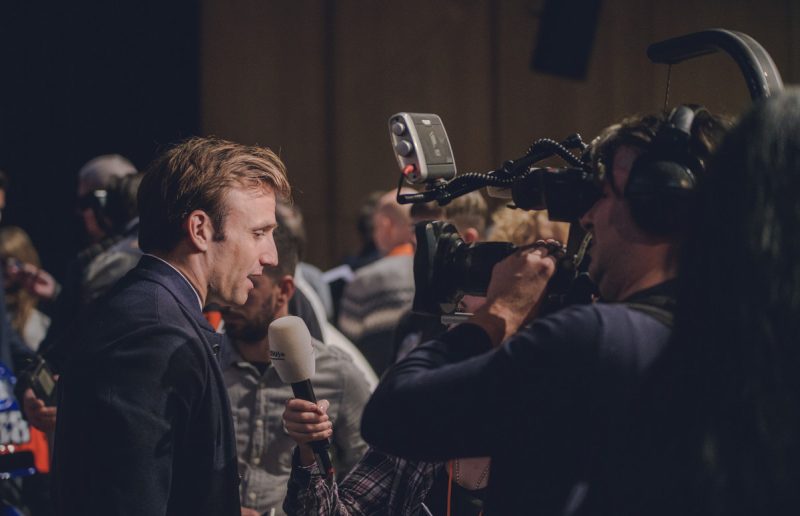 Zarco is renowned for being a thoughtful and sensitive rider, one who excelled in tire preservation in his Moto2 pomp and ability to make the most of his technical race package. A child prodigy who plays the piano, coaches other kids when he can find the time and likes to celebrate sporting achievement with a backflip from a high tire wall. His demeanor suggests that he could sell you a detailed insurance policy but behind the tinted visor Zarco is one of the boldest competitors in MotoGPTM and shows no fear.

To have this intensity through a program that stretches for nineteen events and ten months of the year means Zarco is constantly ‘on’. “Generally, your mind is always thinking about racing,” he says. “In the winter, even on rest days, I am thinking ‘what can I do better?’ I don’t know if I am like the others [riders] but I think this [analysis] is what sportspeople need to have.” 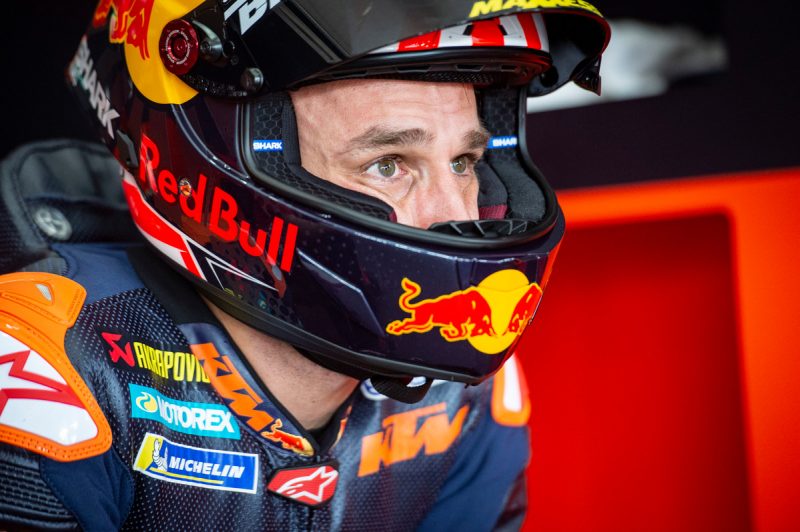 MotoGPTM is opening the throttle on 2019 after the window testing ‘blackout’ of December and January. Tests have been completed and Qatar (where Zarco announced his arrival so emphatically by leading half the GP in his class debut in 2017) is coming up. There will be little time to break away from the microscope of racing and the respite of the winter will become a distant memory until the last days of November. “When I have a break – say two weeks – then I need a full week of doing nothing before I can feel any kind of relaxation in my mind,” Zarco admits. “After that week I might not even think about a motorbike. Otherwise the brain is always ‘connected’. Just one week is not enough because you won’t disconnect totally. Now, with experience, I know when I need a break. For the first week you rest your body but not your mind.”

“It’s important,” he goes on. “The brain is a very strong muscle. The bike is very much about the physical side but the mental part is vital in sport. If you have too much going on in your brain, you are tired, or you are stressed you have less power to give.”

Qatar means relaxation is far from everyone’s minds. It is the time to get going: when perhaps pre-race nerves and questions are at their most prominent. Zarco has made a ‘shift’ with his career by stepping into the support and resources of the Red Bull KTM setup and has that double challenge to embrace. Considering how much he values confidence and the right mentality for performance has he ever experimented with psychological assistance?

“Not yet,” he asserts. “Before that step I need to control all the new elements around me. When we have the feeling that everything is under control and we are at a good level – but maybe something is missing – then perhaps it will be the time to feel and see if I need it or not. Right now, I feel good and the people around me like the way I am working, so I don’t want to change too much because we are at the beginning of a big thing. It is a detail I will maybe have to think of … but not now.” 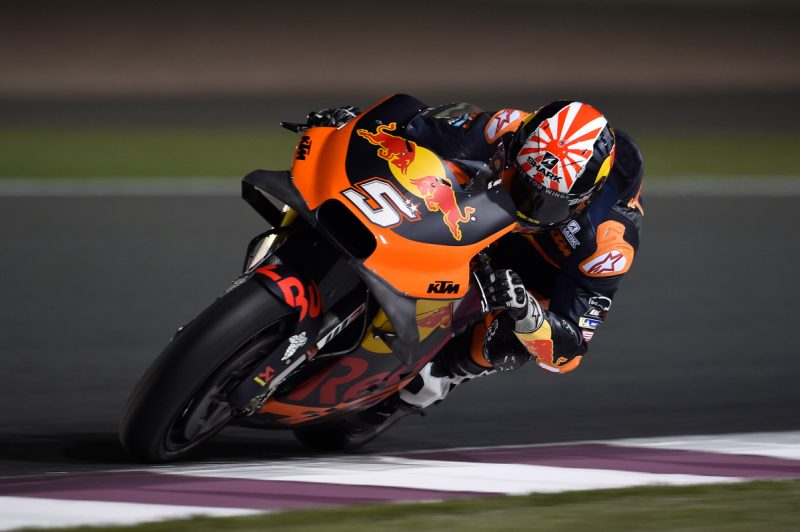 MotoGPTM is a bundle of personal demands: physical, mental, technical, career, public … and that’s before you think of the caliber of rivals that have to be beaten on the track. It’s not a theatre of sport for the weak-minded. Mental toughness is a trait that is rarely seen or understood by fans and insiders but it is essential. Zarco concurs. “I think I have some natural skill for that, I think you have to have it to reach this level. All the riders do,” he says. “They have some skill or aptitude to do things or push themselves. It’s like we are ‘made’ for it … but even then it is not enough and you still have to work to improve yourself.”

Johann smiles when he talks about adrenaline (“if you know you are going to have the adrenaline during the weekend then you can control yourself during the week”) and it’s curious how he says the buzz of racing can be accountable. “There are things you must control when you are on the bike but when you are doing that and everything is going well then you can let the ‘extra’ [adrenaline] work,” he explains. “It’s something a rider wants all the time: to be on that cloud and to have that enhanced feeling of control. When it happens, it feels so good … and you try to do it as much as possible. It’s the way to be a champion!” 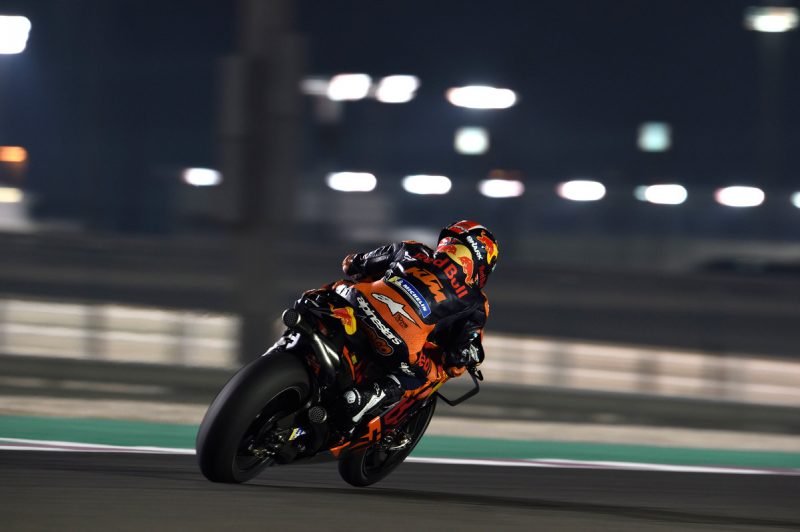 KTM AG CEO Stefan Pierer has already said that he expects the expanded KTM MotoGPTM troupe to be hitting single digit results in 2019. Zarco has been careful with his estimations with only nine days on the KTM RC16 prior to the Qatar test but has intimated that 2019 will be an educational campaign for more serious goals circa 2020. With 16 GP triumphs to his name and 6 visits to the MotoGPTM podium Johann knows what it takes to grasp a cava bottle. This season could mean more trophies or more moments of personal excellence. What matters more to the star: the sensation of victory or the satisfaction of a performance ‘high’ regardless of the result?

“I want the win!” he laughs. “It is the proof that I’ve reached the level I dreamt of and then I want to stay there as long as I can or I want. At the moment, I can enjoy and know I am doing good things even though I am not winning … but then the result is always the right answer.”

“It is good to go home and sit there on a Tuesday and think ‘I did it …’ but the problem is that it’s done! That’s why you must live with all your energy and heart in the present. It can be positive or negative but what is done is done and you cannot spend all your time thinking back to good moments: That is almost sad. Even if you were world champion it is sad you have to think about that to enjoy the present. Nostalgia is good for a story … but too much of it means you are not living for today.”

With that Zarco has to leave. He may have just taken part in his first formalities as a factory MotoGPTM ace up on the City Hall stage but Johann has been going places for a while now. It’ll be exciting to see where this talented and dedicated racer can speed to next. 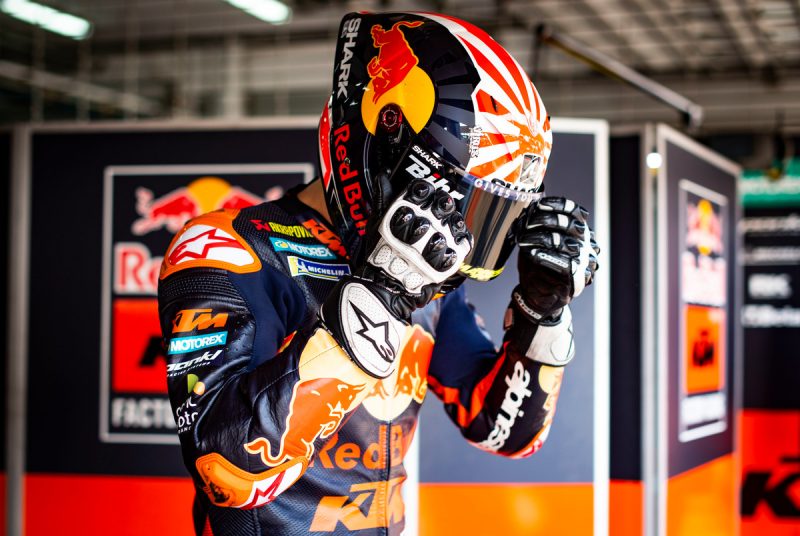 40 Responses to The mind of a champion? Talking head-games with Johann Zarco