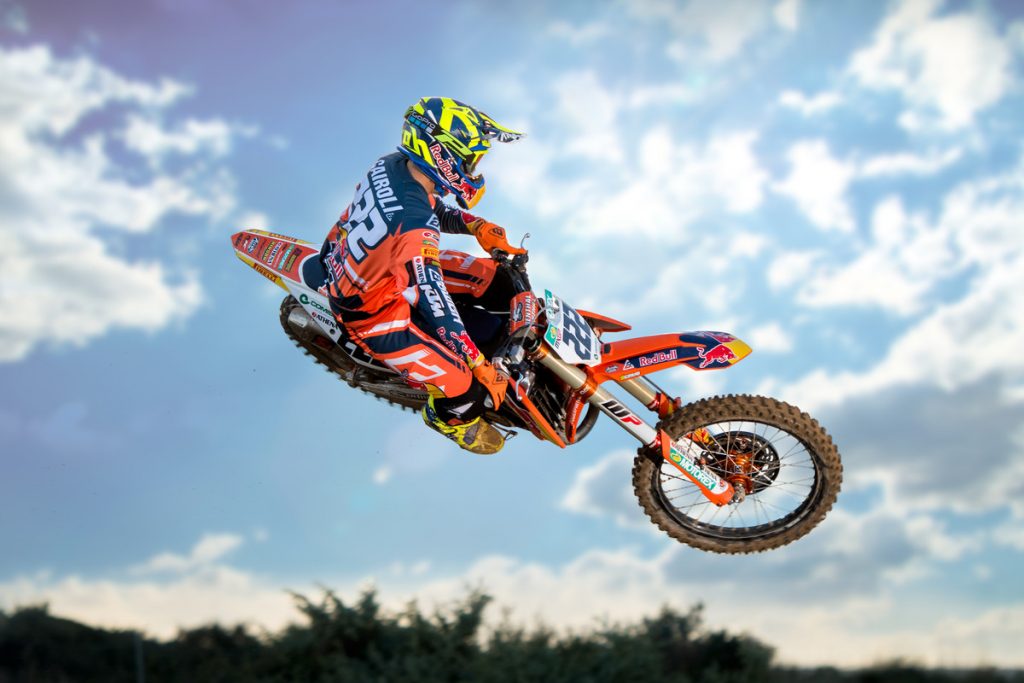 What is frustrating about racing? Is it a last lap crash or loss of position? The tough moments when hard work does not translate into results? Or maybe the fact that it never stands still, and the achievement of today can rapidly fade tomorrow? KTM could perhaps volunteer the last point; especially with the efforts of the Red Bull KTM team in MXGP. 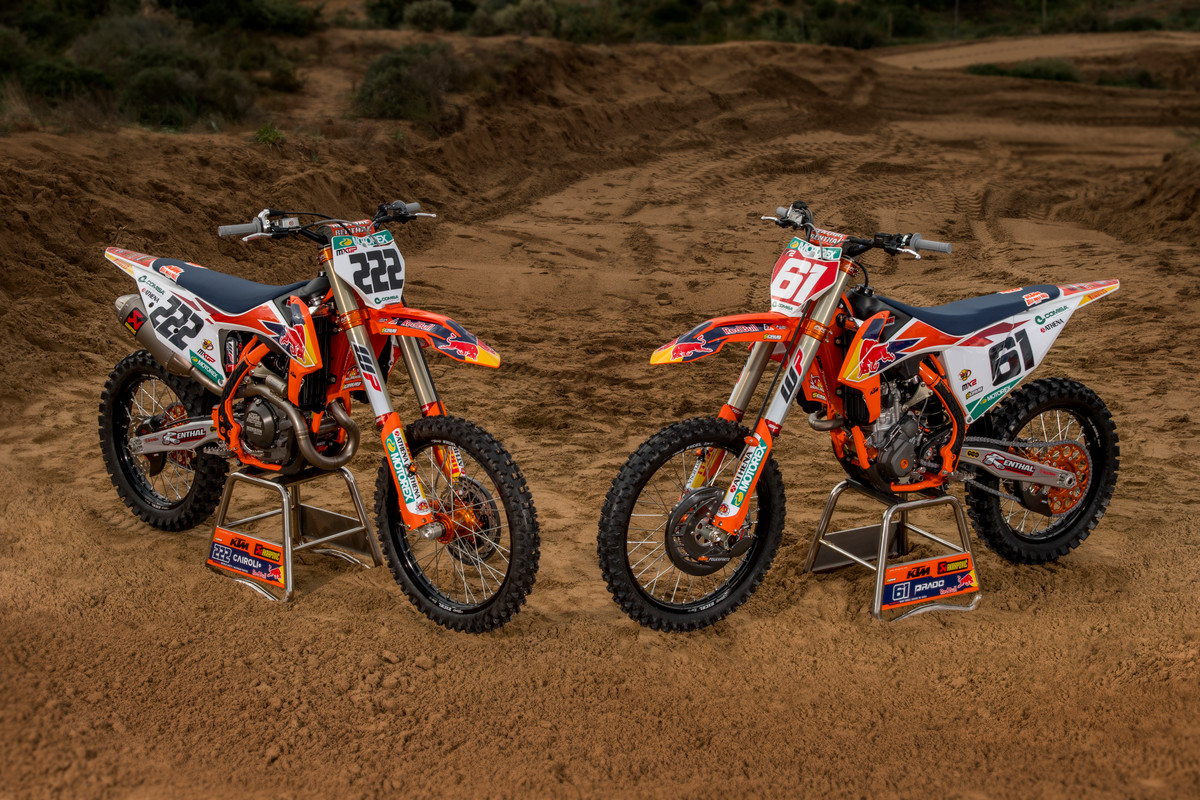 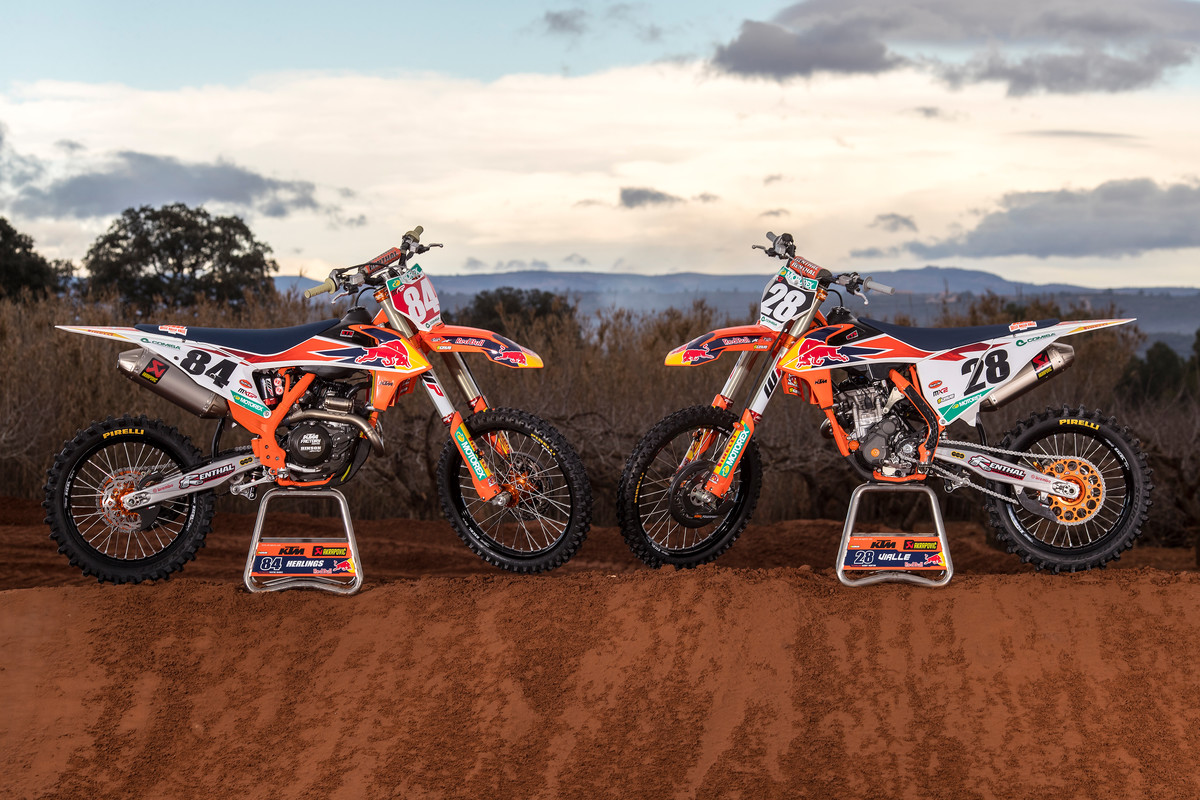 The 2018 FIM Motocross World Championship was arguably a defining moment for the company and the team: first and second positions in both the MXGP and MX2 classes with titles across the board and relentless dominance every weekend. The KTM 450 SX-F and KTM 250 SX-F motorcycles reached a pinnacle of performance and subsequently became the essential bikes to have on motocross tracks across the world.

Five months after champagne corks hit ceilings in the Netherlands, Italy and Austria, everything has been wiped clean. The metal gate has been re-lifted, the podiums are dusty, the standings are reset to ‘0’ and the guessing begins again. Frustrating or challenging? Regardless of the emotion, the movement of time it is an aspect of racing to embrace and harness for energy and motivation.

In the spirit of celebration and in anticipation of another nineteen rounds of punishing and exciting motocross we dug out three key questions around the reigning world champs ahead of the inaugural Grand Prix of Argentina this weekend.

1) Is 2018 an untouchable dream?
A ‘dream’ in the sense that last year is firmly in the past and the sheer rate of trophies and achievement is something that still seems hazy now in terms of reality. KTM may have won the premier class 7 times in the last 9 seasons (and 8 from 9 in MX2) but the 2018 inter-team battles between Jeffrey Herlings and Tony Cairoli and Jorge Prado and Pauls Jonass not only saw the championship crowns passed onto athletes in the same team but witnessed the sight of one squad decimating two classes at the very highest level of a single sport. It was a very rare situation.

Circumstances dictate that 2019 will not be a replica. Herlings is fighting to come back from a broken right foot and an injury that will eat into the season until the champion regains race speed and confidence. Thus, two Red Bull KTM riders claiming all but one Grand Prix as they did in 2018 will be a mammoth task to repeat. This is not to say that Herlings and Cairoli will not add to their tally this year. Cairoli can still sniff a history-making tenth world championship at the age of 33, and any spoils in 2019 will hike his current GP win haul of 85 closer to the record of 101. Herlings sits on 84 and is also eyeing the dash to that milestone.

#84 and #222. 1 and 2, and the most prolific riders in Grand Prix history this decade: Red Bull KTM have the two best athletes in their stable but even then their sum of 19 wins (17 for Herlings, 2 for Cairoli) 33 podiums (13 times together) from 2018 is something special. To their credit KTM are not taking the triumphs for granted (check out VP of Offroad Robert Jonas’ words about 2018 on the KTM BLOG here) and have to keep modest about whatever the outcome in 2019 compared to their annus mirabilis last summer. 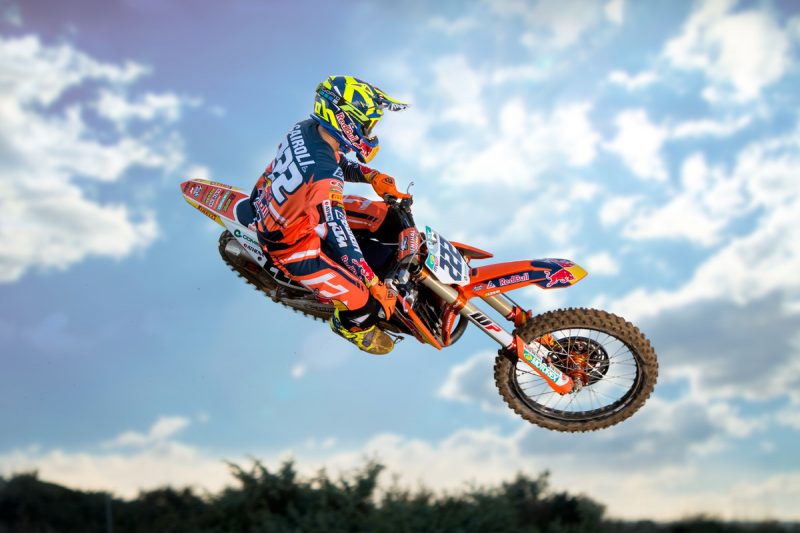 2) Can the Spaniard get any better?
Oh yes. Jorge Prado may have continued KTM’s excellent lineage of young and exceptional riding talent ascending to the position of MX2 gold plate holder (think of Townley, Rattray, Musquin, Roczen, Herlings, Tixier, Jonass) and is arguably the most proficient starter seen in Grand Prix in recent memory, but he wasn’t the finished package in 2018. Prado gained ground on Jonass in the standings throughout the season but also matured into a formidable rider of few mistakes that became almost unbeatable in leading from the front. That journey will continue in 2019. Sometimes the youthful impetuosity (he turned 18 in January) was clear in race situations – the Grand Prix of Turkey – was an exhilarating ‘low point’ for the team with the clash between the Spaniard and Jonass on track losing the overall win and inflicting a right knee injury on the Latvian.

2018 was just the second Grand Prix year for Jorge and saw a stronger and more physical teenager exerting his influence. In 2019 he will have yet more conditioning, experience and a different kind of pressure as ‘the hunted’ rather than ‘the hunter’ but such is his light and care-free (but deadly determined) demeanor that his status in the MXGP paddock is unlikely to be a deciding factor in his performances. Another winter of training with Tony Cairoli and his De Carli crew (plus an undefeated streak in the three round Italian Championship) means Prado will continue sprinting on the fast-track to more brilliance. Could the MXGP class already be knocking come October? If Prado defends the championship, then he’ll be obliged to jump into the premier division according to FIM rules. 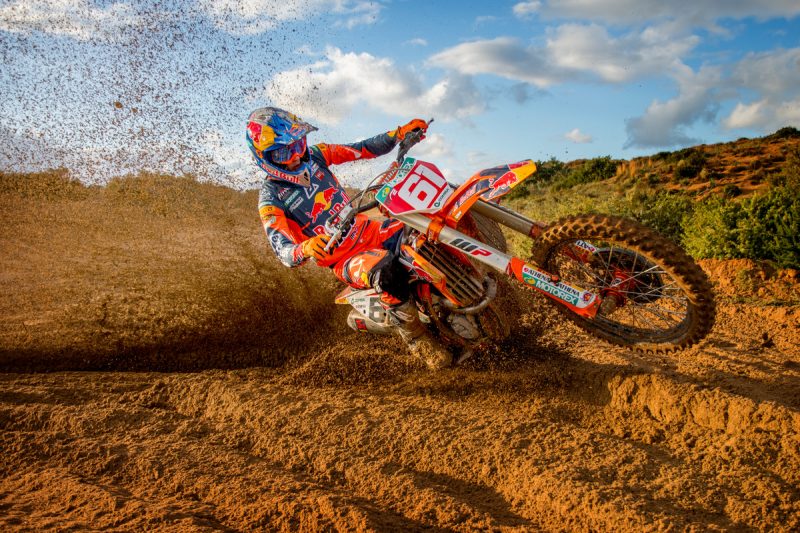 3) What about Tom?
When eighteen-year-old Tom Vialle filled the saddle vacated by Pauls Jonass (the Latvian leaping into the MXGP class) there were a few eyebrows raised. The French youngster is the son of a former Grand Prix rider and had shone through moments of last year’s EMX250 European Championship – the increasingly competitive feeder system to MX2 – but did not boast the kind of record in the junior classes compared to his predecessors.

Handed a test and chance to impress with the Red Bull KTM, Vialle convinced the expert opinion of former multi world champion, former Belgian MX of Nations Team Manager and KTM Motocross Manager Joël Smets sufficiently to earn one of the most sought after opportunities in the FIM World Championship. The Belgian liked Vialle’s style and character but acknowledged he has to make vast strides in order to place that works KTM 250 SX-F where it needs to be (particularly in the recent context of 2018).

Unlike most of KTM’s previous MX2 stars Vialle has not been fed-through or groomed by a junior program and it is important to remember that not only is he a rookie in a factory setup but also in Grand Prix. Smets and the team will be looking for signs of progress in 2019 with Vialle already showing the technique and desire needed to make the cut.

Aside from this interesting new story keep an eye on two more KTM prospects in the EMX European championship in the forms of Austrian Rene Hofer (racing a KTM 250 SX-F for the first time) and Liam Everts on the KTM 125 SX.