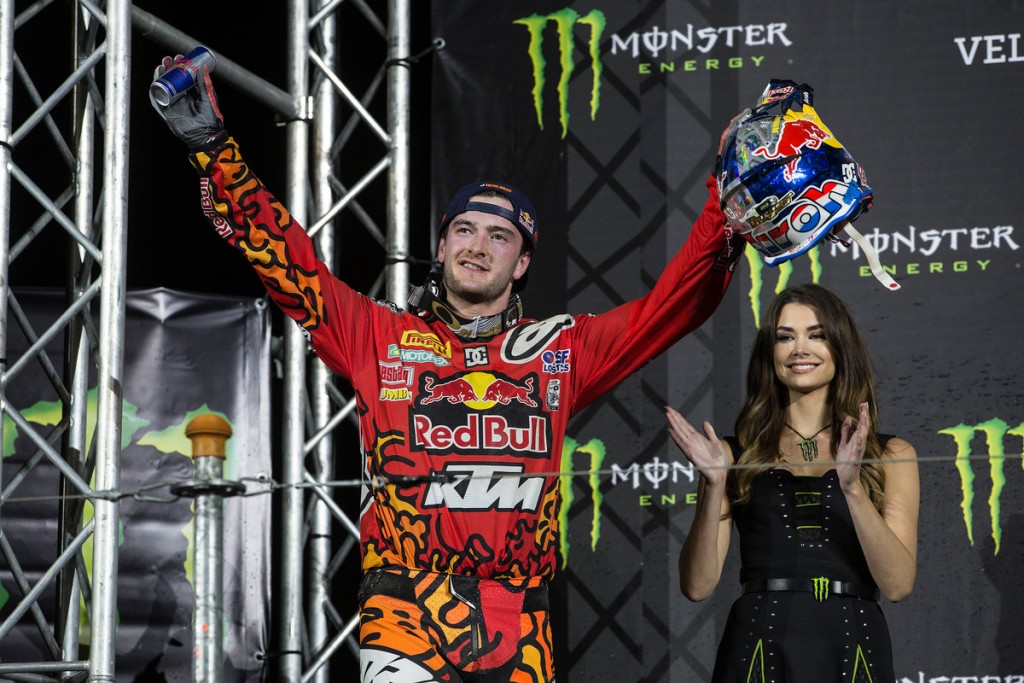 One of the greatest 250cc riders ever faces a new challenge in 2017 and leaves a void of statistics, victories and trophies in his wake. We take a little look at how world champ Jeffrey Herlings decimated MX2. 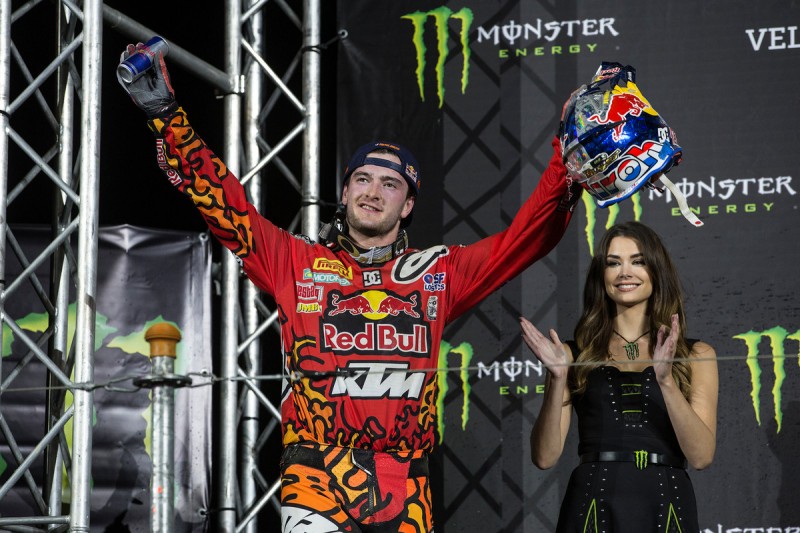 In a week where the startling numbers behind the rise of former KTM rider and MotoGP world champion Marc Márquez have been lauded in international press it is also worth remembering the deep impression left by Red Bull KTM’s Jeffrey Herlings on the MX2 class of the FIM Motocross World Championship (MXGP). The trawl of stats churned by the recently-turned 22 year old rivals and even dwarfs anything by any other motorsport athlete around the globe and certainly in the sphere of motocross. As Herlings embarks on tests and prep with the KTM 450 SX-F in readiness for his first term in the MXGP class in 2017 he would do well to stop and recollect his phenomenal record on the 250 and a competition in which he established his name as the best and fastest sand rider in the world.

I can still recall some colleagues in the press room at Valkenswaard for the Dutch Grand Prix circa 2008 lamenting the fact that there was little in the way of home-grown talent coming through to the top level, and all hope had already been laid at the feet of the teenage Herlings; submerged in the KTM development program and nearing contention for his world championship debut in a team that would also include Shaun Simpson and a sprightly Marvin Musquin. 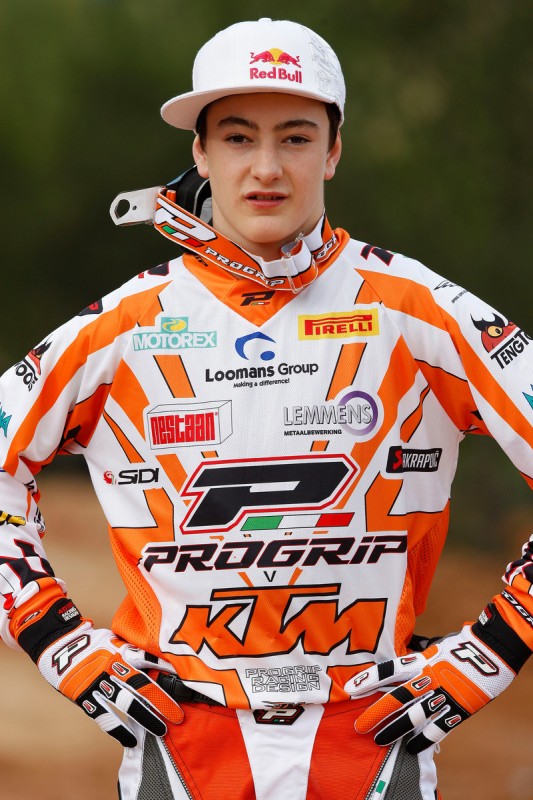 Fresh faced and an awkward adolescent still struggling to cope with the attention and pressure of being in a factory team and the public eye, as a fifteen year old Herlings found solace on the racetrack. His impact was immediate and forceful; his busy style and brave, attacking posture leading to pole position in just his second Grand Prix in Italy where he also walked the podium. Two weeks later, at Valkenswaard, and he grasped the first of what would be more than 60 victories, hoisting him up to third place on the all-time winners list in the 59 year old FIM series and gathered all before his 22nd birthday.

Herlings grew physically and mentally through the rest of 2010 (his term cut short with a dislocated shoulder) and also 2011 where he bagged nine podiums in a fifteen round season. 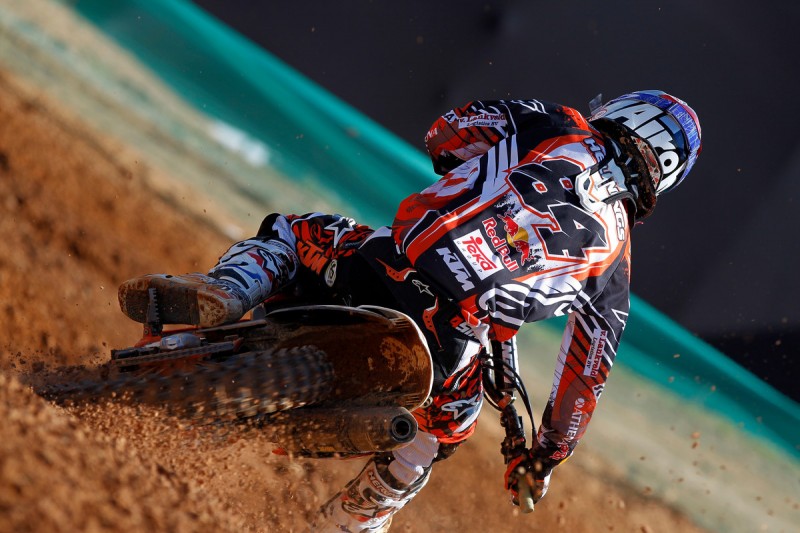 It was in 2012 – and a thrilling duel for the championship with Tommy Searle (twice a title runner-up in KTM colors) – that Herlings really started to enact his will. It was his third Grand Prix campaign and he dominated again at Valkenswaard – the site of the Dutch media’s concern was ironically the fortress of their best ever athlete – for what would be only ‘Part 3’ of the most emphatic run at one circuit and one event in the modern era. From 2010 ‘84’ is unbeaten at the ‘Eurocircuit’: a run of seven years. Herlings was world champion for the first time in 2012 and his footprint expanded in 2013 for what would be the first of two seasons, in effect, without defeat. He was ruthless to win 14 in a row and total 15 triumphs (missing two rounds through injury but sweeping a second title) and then won all 12 of the rounds he contested at full fitness in 2014; only losing the title by 4 points when he rode to 11th place at the Grand Prix of Mexico with a still broken left femur.

2015 yielded 4 more wins and 8 podiums but also plunged the Dutchman and his close KTM crew to new depths as collarbone, finger and dislocated hip injuries washed away another title shot. 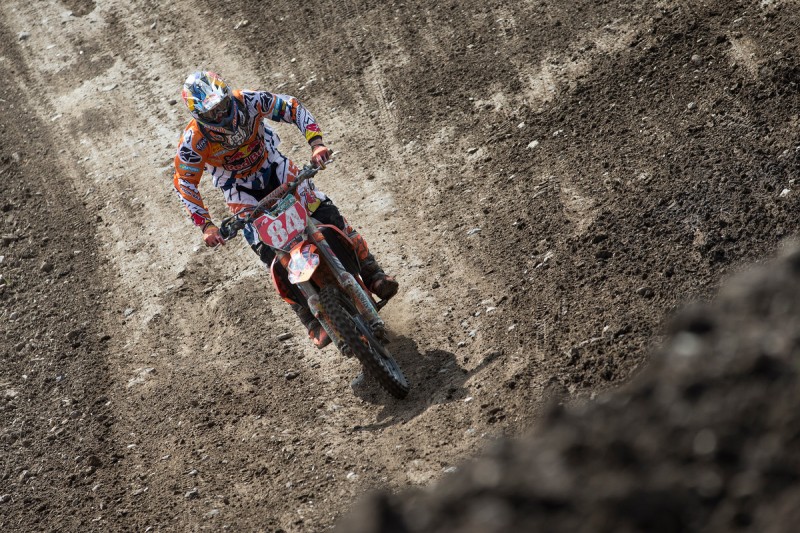 MXGP fans had long been waiting for Herlings to stop terrorizing the MX2 fraternity with the 23 year age limit imposed to nudge athletes into the premier division. In view of his poor luck in the previous two seasons Herlings prepared for a likely swansong this year and duly delivered. His third crown arrived thanks to a 100% podium record in 2016 (15 in total) and 14 more wins added to his tally from eighteen rounds.

Behind the numbers Herlings (at 6ft, in truth, perhaps a little too tall for the 250) has created some unforgettable performances and moments in his seven Grand Prix years (almost a 50% record when it comes to titles don’t forget). His attempt to ride ash-faced and limping with a broken leg at Mexico cut a minimal line between guts and questionable sanity. A memorizing dash with American stars Cooper Webb and Austin Forkner at Charlotte in September showed his prowess on fast, jumpy hard-pack and his ability to raise his level to match the best from another continent. For me the highlight was the utter domination and superiority in the Dutch Lierop sand of in 2012 when he lapped all the way up to 3rd and 4th in the both motos; many will struggle to recall such a display of excellence and confidence in the annals of Grand Prix. 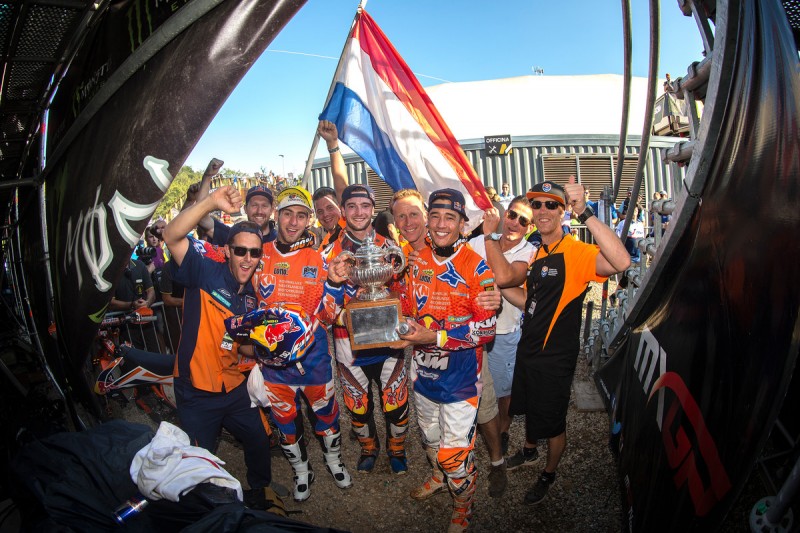 With the world champion in MXGP coming in at 23 years of age in 2015 (Romain Febvre) and 19 in 2016 (Tim Gajser) the stage is set for another young gun and class rookie to blaze a trail. Herlings has already given the world a taste of his acumen on the bigger bike by propelling the Dutch to a runner-up slot at the recent Motocross of Nations (their first podium appearance since 2004). 84 is bound to continue his numbers game at the sharp end and we’re the lucky ones to be able to witness it.

67 Responses to End of an era: Herlings leaves MX2 vacuum