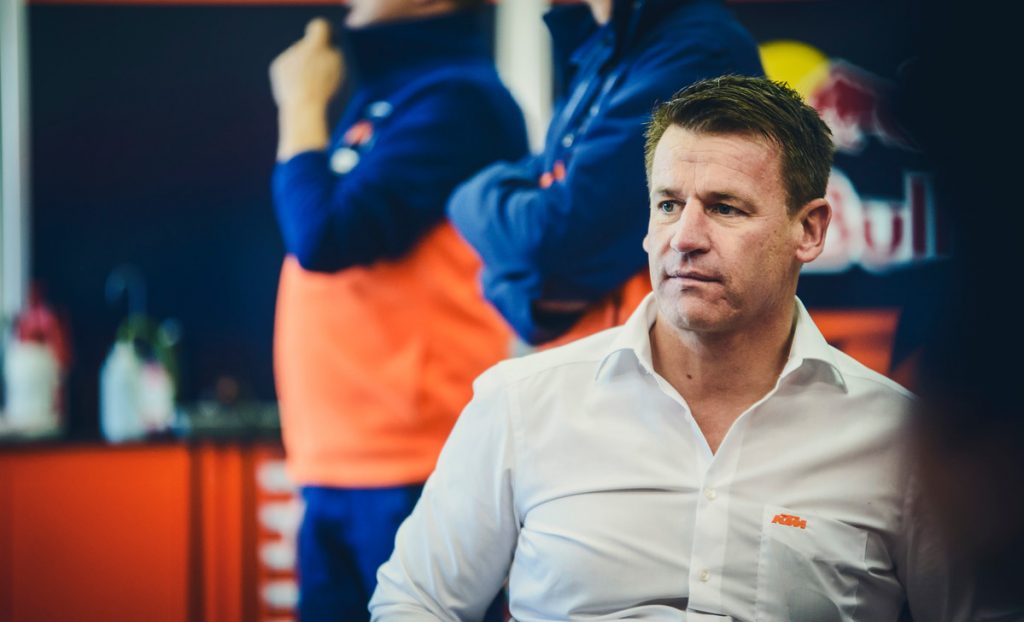 It’s been a very successful season for the Red Bull KTM Factory Teams. Be it in America, Europe, Africa, on Supercross, Motocross, Enduro, Rally, Moto3 or even MotoGP, the success and participation has been what we have come to expect from the very strong Austrian company.

We caught up with KTM Motorsport Director, Pit Beirer and asked him about the sensational 2016 season, and where the company is going in 2017. 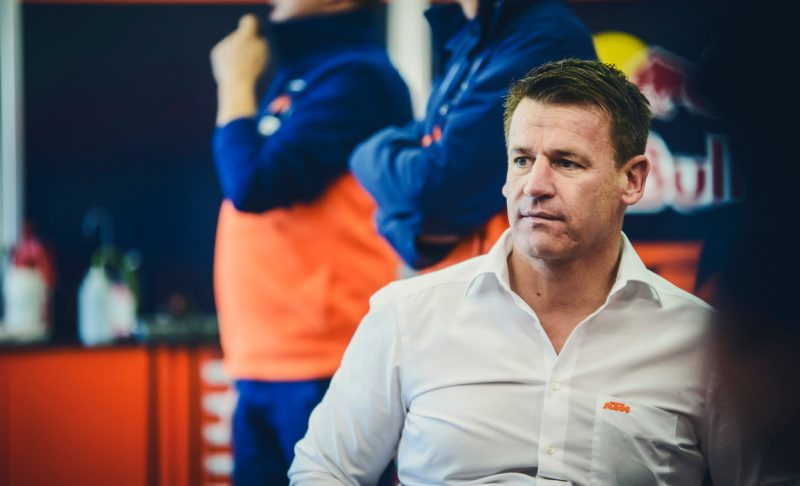 Pit, it’s been a big year for KTM, victories and success in so many different categories, from Supercross, Motocross, Enduro, Rally, Moto3, MotoGP. Is there a highlight for you?
“There are many activities at KTM for highlights. What should I tell you now. There were a few. Supercross title with Ryan Dungey, MX2 title for Jeffrey Herlings and entering into MotoGP are the three highlights for me.”

KTM entered into MotoGP this year, and I can imagine MotoGP is a class that is really tough to move forward in. How quickly do you think that is possible?
“For me, it wasn’t a surprise or something negative so far, because I knew the challenge we are looking at. All the motorsport department, the board of directors, we are all realistic, and we are entering a new world, where all the other factories are pushing so much and so crazy, that you can’t just pass them and skip 20 years or experience in that class. It’s a huge effort and we are at the bottom of the grid, and we know that, but we also have a strong commitment and we don’t want to stay there.”

KTM moving to MotoGP is interesting, but how has the interest been from MotoGP fans and media?
“That has been pretty overwhelming. The media requests and the interest from the fans, but also just people in the street, or even in my area. They all talk about MotoGP, because it’s still from all the motorcycle disciplines, the sport that is seen on television all around the world. So if you enter a class where Valentino Rossi rides, and everyone knows him, then it’s important for us. MotoGP had a lot more media requests than any other sport we are involved in. It is a very important class to be in, and it doesn’t mean our other sports are not important, but interest in MotoGP is very big.” 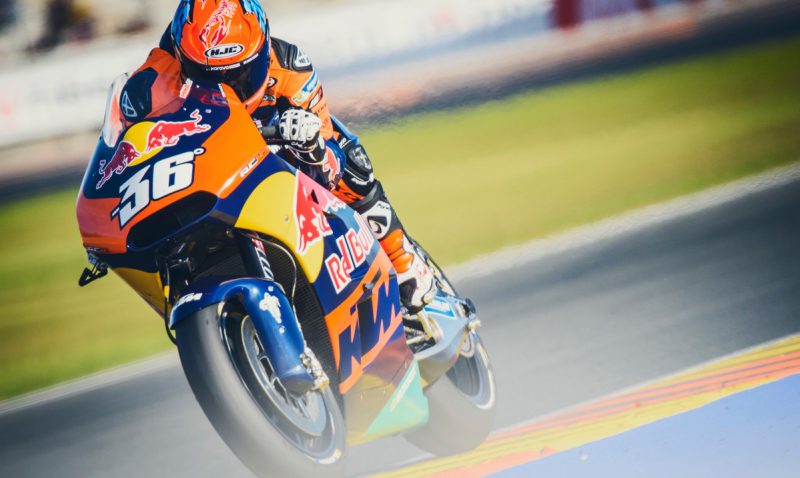 You are very successful at all the disciplines you are competing in. You are clearly the most successful factory in two wheeled sport. Is it then possible to be disappointed with not winning the MXGP title?
“Absolutely not, and you remember my words in the past and I repeat them to you again. We are not checking in just for titles, and we can’t buy them, and we don’t want to buy them. What I want is all disciplines with 100% focus, the best staff, and the best riders together in a team. For my job it’s hard to keep track of all the disciplines, but for me it’s like a castle, and you need a clear leader and a strong staff. I ask my people to prepare as hard as we can and be prepared for the championship. That is what I push for, and I would be mad if we didn’t give it 100%. But if other guys beat us because they are better, or if we have bad luck with injuries, that isn’t disappointment, that is just reality from the highest level. But we will always try and bring as many championships to KTM as we can. I have zero disappointment in the 2016 season.”

Jeffrey Herlings moving to MXGP, obviously everyone is excited about that. Watching the footage from the Red Bull Knock Out, one can see that this guy has so much talent. In my opinion I don’t see anyone doing what he is doing. Everybody does make the comment, he gets excited and he makes mistakes. How can he correct that and how do you think he will do in MXGP?
“You know, it’s no secret I love this kid, in fact he isn’t a kid anymore, he has grown up. The development of this guy as he works with us is outstanding to see. He was just a fast kid, sometimes crazy, sometimes not, but I see him as a very strong package for the future. He is so committed, and he works so hard, he spends so many hours on the bike, nobody knows the bike as well as him, and I don’t know any rider who rides as much as him. We all know the risk this sport has, and its nothing new, the sport has its risks. I see how well prepared he is, and I think the luck wasn’t on his side with some of his injuries. Three or four mistakes he made that he really had to pay a price. The 85cc crash was unnecessary, was nothing to do with mistakes on his factory bike. I think this year, the win in MX2, that gave him the perfect platform for MXGP. I think the win this year gave him confidence and peace that the job is done in MX2, and he can move to the next class. I want to touch wood and hope all my riders stay healthy and can compete for the championships in 2017.” 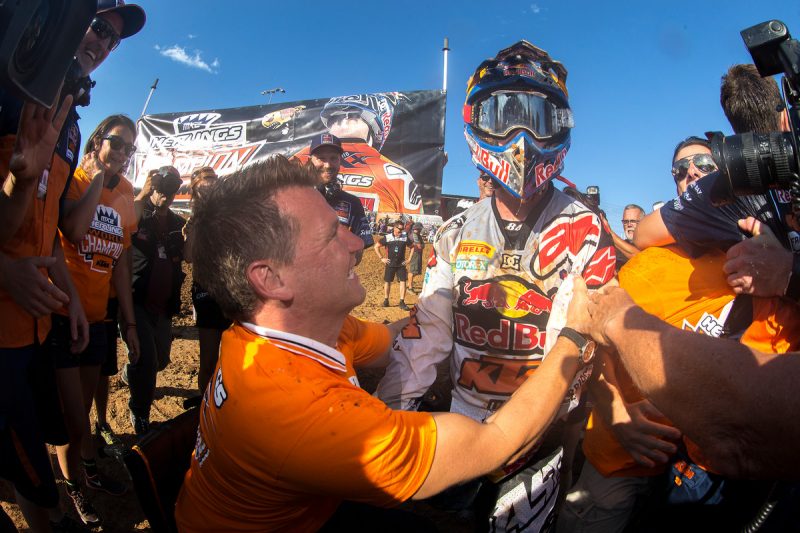 What about Tony Cairoli. Two years of injuries, and no championship, getting older. Obviously you and KTM hope that he will be successful again.
“He is at an age where every year, you have to decide if you can do it at the top level, or if it’s time to stop, all sportsmen of his caliber have to do. He is really committed to not give up, and he is highly motivated to show he is a winning rider. I am 100% behind him, and feel he can come back. It is also interesting for us to see if a wild, strong young boy, will beat the experience, the speed and the ability of a Tony Cairoli. We still believe in him, and he will give a hard time to the competition in 2017, I am sure.”

Are there many riders in the MXGP class that can win?
“The past has shown that there isn’t just Jeffrey and Tony, because the competition is so tough and I think we will see many different winners. That might help Tony, and I am really looking forward to this 2017 MXGP season.” 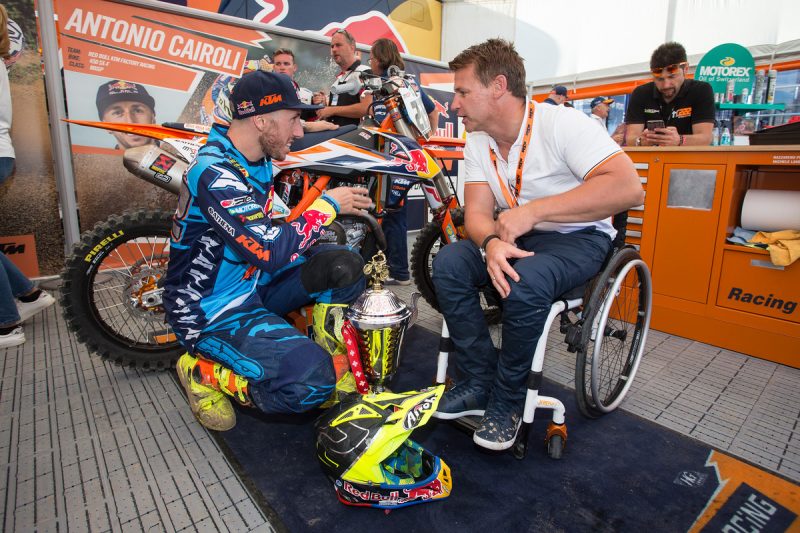 And the calendar?
“For me, I don’t spend too much time on the calendar. It is a world championship and if we do different countries I am happy to travel around. I see a very interesting and international calendar in front of us.”