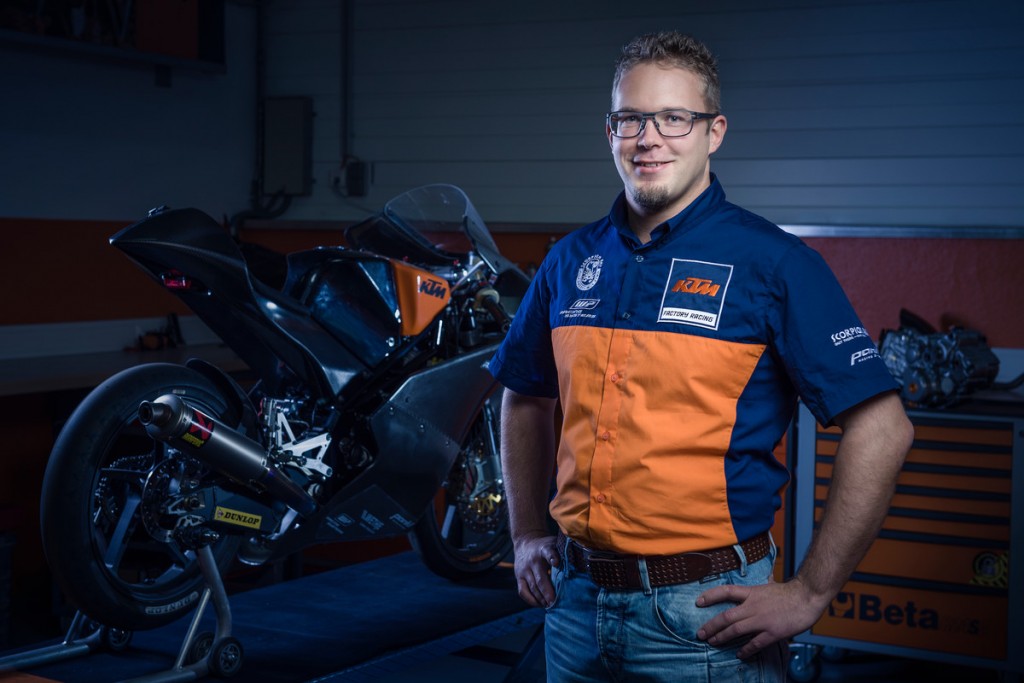 Sebastian Risse is in charge of KTM’s MotoGP project from a technical point of view. When the RC16 lines up on the premier class grid to take on the world’s fastest prototype motorcycles, ultimately he made the big decisions that shaped the creation of this bike. No pressure then …

KTM moves at a fast pace. When it decides on a direction, it points toward it and then winds the throttle fully open. Sebastian Risse is no stranger to this approach, the pressures of racing and KTM’s desire to further bursts its already overflowing trophy cabinet (262 world titles and still increasing). 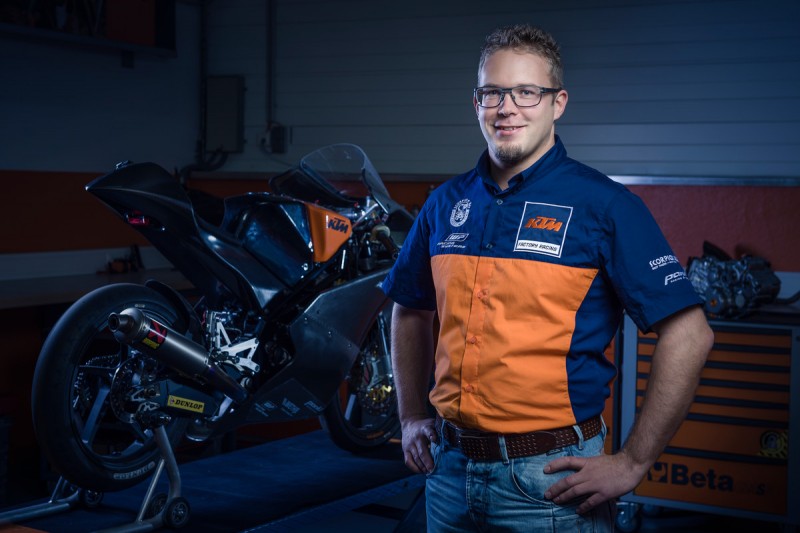 A complete two-wheel freak, German-born Risse applied himself to a degree in Mechanical Engineering focused on vehicle dynamics and (as much as possible) on motorcycles at RWTH Aachen University.

For the last year of his studies in 2008, he took the opportunity to move to Austria, and started to work at KTM as part of an internship, completing his master thesis in the “Grundlagen Fahrwerk” department, doing engineering services for the other R&D departments.

After completing his studies, Risse became crew chief and chassis analyst in the KTM Superbike project; racing and winning the German IDM championship. When KTM decided that there was no future in big fully-faired racebikes for road use, most of the group working on the RC8 R Superbike project were reshaped for a new mission when the company returned to Grand Prix racing with Moto3 in 2012. Sebastian led this project which has seen many rider and constructors’ titles, including an unbeaten race-winning streak in the 2013 season.

So at just 33-years of age and with eight years experience at KTM, Sebastian now oversees all of KTM’s road racing activities and is overall technically responsible for the MotoGP project. The KTM BLOG caught up with him at the Red Bull Ring during the RC16’s first public outing, performing demo laps at the Austrian GP.

Sebastian, please can you explain your role?
“In general, it is covering all road racing topics for KTM. Of course at the moment, MotoGP is the biggest project we have in road racing and this is a clear focus for me. When we started the MotoGP project, first we had to reinforce the Moto3 team to work more self-sufficiently so I could stay out of the everyday work there. There’s also been a lot of time spent in bringing in people and create resources and infrastructure for the MotoGP project. As you can see, this is running and we’ve had bikes on circuit for quite a while. Now we are at the stage of running development loops and tuning; this is what I am mainly focusing on.”

How do you build a MotoGP bike from nothing?
“One big point is to join the experience we had from different projects we had here – so from prototype racing with Moto3, bigger bike experience with the RC8 R Superbike, the old 990cc MotoGP engine (2005) and bring all this combined experience to the current RC16 in the right way. When you are basically starting from scratch, you have to give the right priorities to certain technical aspects before you’ve even been on track. There are so many things to consider, and all this has to come together in the right way. Normally the best way to find out if something is an improvement is to go out on track test and prove it. Everything else you can talk about for hours and days. But in the end, proof on track is for me the only way to make sure that you are going in right direction. But of course in the first phase with the RC16 this was not possible as there was no bike! So you have to do it in a different way; benchmark a lot. Try and understand why other manufactures have done this or done that to help give you the right approach to the problem. It’s not about copying, but understanding the reasons why or why not, and then from there we needed to find our own way. In our own KTM style, of course.” 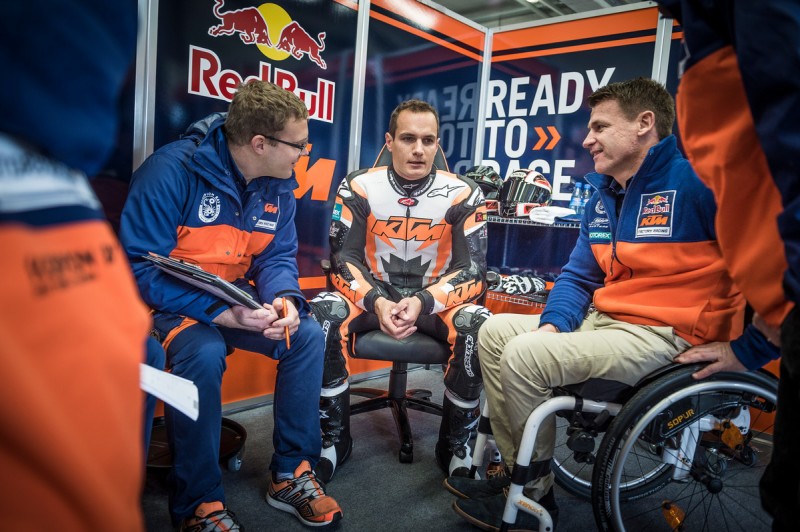 Was there anything brought over from KTM’s original 2005 990cc MotoGP engine to this project?
“Sure. One good example of this is the pneumatic valve train. We don’t have this system in any other class of racing. The fact we did it over ten years ago and it worked quite well, that cancelled out a lot of doubts by already having this experience. We also knew what kind of problems we found in that time, so we wanted to make it better and not make the same mistake twice. Looking at how racing and technology has progressed in the ten years since that engine, it gives you ideas in how we could have developed this engine. But anyway, the 1000cc engine is all-new and made from scratch. It’s just the learnings and not parts we are using!”

Steel trellis frames haven’t been seen in MotoGP since Ducati dropped this construction type at the end of the 2008 season. With everyone else using aluminum in the class, why has KTM bucked the trend?
“Every project I have worked for KTM was with a steel frame. As a company we have done so many projects with this kind of frame and therefore we have collected a lot of experience of how to handle and manufacture this style, as well as how to analyze this on a stiffness rig or from track data. Maybe we could be forgiven for using aluminum like everyone else is doing in MotoGP, but you have to understand why they are using this design and then adapt it to your needs. But we already know the behavior of steel, but not quite in this same situation – with the power, grip levels and so on. With using aluminum, we would have had to start completely from zero.” 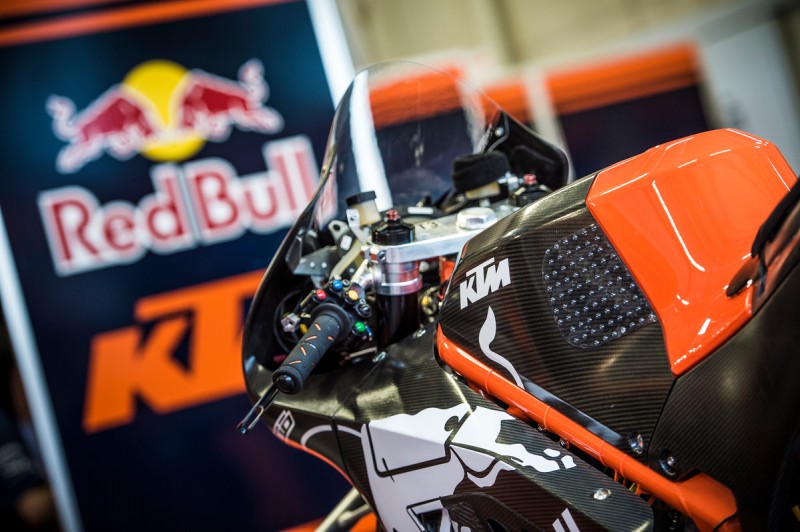 The bike made it from paper to track in an incredible amount of time. You must be proud …
“Of course! Everyone was pretty overwhelmed at the rollout at the Red Bull Ring in November 2015. Not just the fact we made it happen in the time schedule, but the RC16 was there and running reliably. Testing started really well – mechanical reliability has been one of the true positive points, allowing us to obtain a lot of laps and therefore data. But in the first tests this year we had bad weather conditions, so we lost a lot of time and the list of test items got longer and longer. With that, the faces of the team also got longer and longer. We were just not able to get the right conditions to test. But we got back on track, so to say, and have been building confidence and the understanding of the crew and of the bike. From a rider point of view, the testers have felt how the bike understands in so many conditions. Every stage was necessary.”

What is the approach of the wildcard at the last round of the season at Valencia, extended test or racing for points?
“We are not calling this Race 1 for the RC16 but Race 0. It is extended testing; not only on the technical side of things. To run a race team is beyond the technical and so there are things we also want to prove that cannot be done in a test situation – however much you go testing. So this is the first real test of the team, in that aspect. So when the lights go out at Valencia in November, we will get a real experience of all our technical work and team preparation. Nothing beats the pressure of a race to create a real test.” 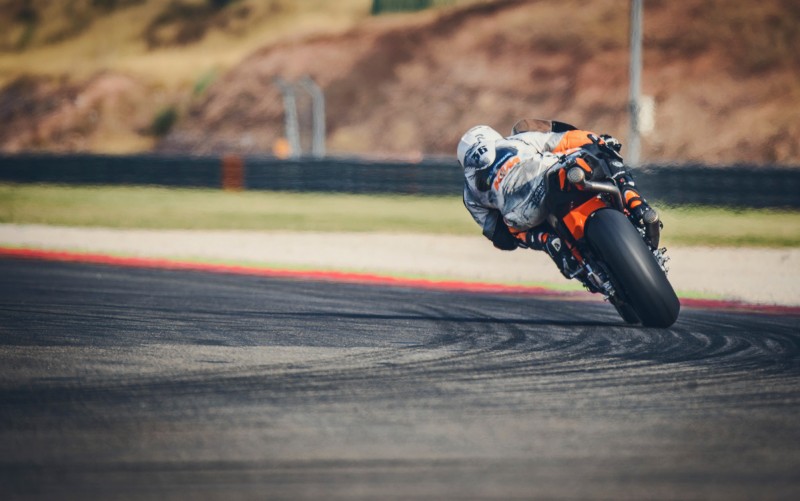 How will being in MotoGP benefit KTM customers?
“I think it comes down to the individual case. When you look at it from a certain distance the first stage is the trust customers will have in KTM. Although we never competed properly in ‘the big class’ before, we have so much knowledge, ability and experience in road racing then maybe most people think in this championship – Moto3, Red Bull MotoGP Rookies and 125cc and 250cc in the past. But to prove to the public our credentials at circuit racing and technical ability, for this you need to go to the premium class.”

What are your expectations for the RC16 in 2017?
“Well, a little over a year ago this bike was just on a piece of paper. This is a class where basically everyone is performing; I have great respect for all the manufacturers and riders that are in MotoGP at the moment. Of course all bikes racing here have had a longer lead time with more development and more experience than ours. So any bike or any rider we can beat is a bonus and is a success. And we are looking forward to this. How much we can do of this in first year, we will have to see.”

98 Responses to Interview of the Month #3: Sebastian Risse – Speed Leader